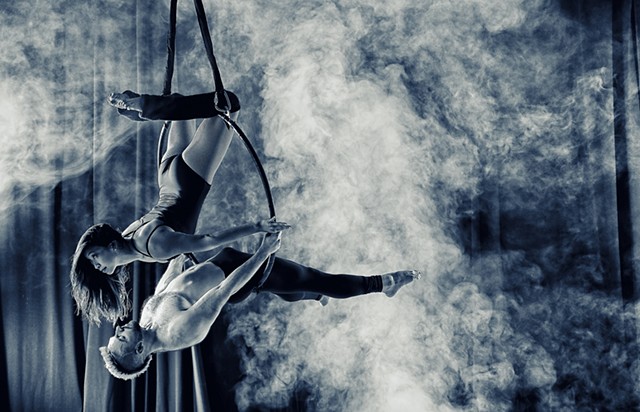 Educated at Harvard University, Vladimir attained an MFA in Film Production from USC School of Cinema-Television where he was awarded the Jeffrey Jones scholarship in screenwriting. Vladimir produced the short subject film "Lost Mojave" which won a number of major international festivals and was nominated for a British Academy Award. Vladimir has worked as a producer and director in the field of documentaries, serving as an executive producer on the A&E two-hour special, "Lost Dinosaurs of Egypt." He has filmed documentaries in Russia, Ukraine, Germany, Egypt and France and has worked with such notables as Oliver Stone and Wolfgang Petersen. Vladimir and his company, "Last Word Productions" originated the popular Game Show Network series "Poker Royale." Since graduation from USC, Vladimir has also worked actively in the realm of feature films. He produced the critically acclaimed "Last Big Thing" starring Mark Ruffalo which was hailed by FIlm Threat Magazine as one of the seminal indie films of the 90s. Vladimir has worked as a story consultant with major studios and production companies and had contributed extensively to recent projects by Wolfgang Petersen, Steven Spielberg, and Tom Hanks. Vladimir has written three feature projects for Michael Mendelsohn and Patriot Productions. In addition to his film endeavors, Vladimir is a sought-after art and fashion photographer whose work can be seen in a number of international publications and galleries in California and New York. Currently, Vladimir is a founder of a highly sought after Silicon Valley-based media production company that creates films and multi-media for leading technology, healthcare, education and culinary companies.